Colorscope Inc. Magicolor from the USA

The Magicolor stereoscope was manufactured by Colorscope Inc. in Moline, Illinois in the 1940's for a very short period. These stylishly curved viewers are extremely scarce. The viewer was manufactured from marbled plastic and was reasonably heavy for it's size. The picture card was moved through the viewer from top to bottom by pressing the mushroom shaped spring loaded plunger.

These viewers could also be found built into the Colorscope Penny Peep Show slot machines, which were operated when the user inserted a one cent coin. 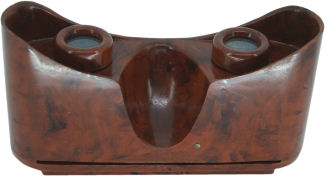 A Different Style of Colorscope Viewer

This viewer is quite similar to the one shown above on the side with the eyepieces, however, the diffuser side has been completely remodelled. Instead of a plunger advance mechanism this one utilised a thumbwheel. This thumbwheel drove a rubber wheel which pulled the slide through the viewer.

A very common fault with Colorscope viewers is that the body warps, resulting in the slot into which the slide is placed closing up, to the point where it can no longer accept a slide. 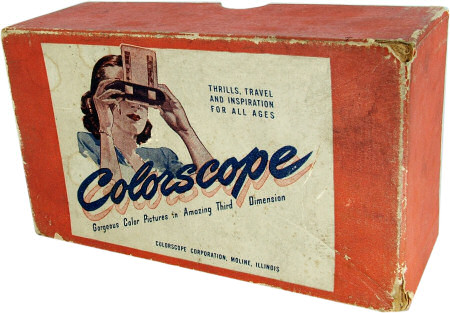 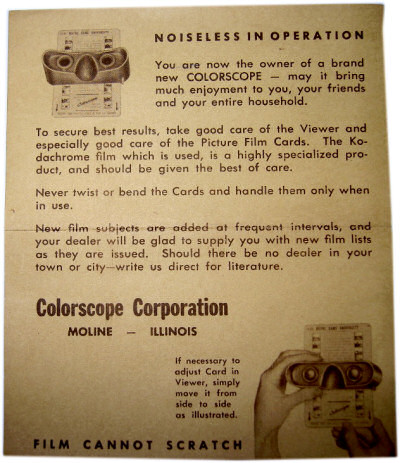