The View-Master Model A was produced between 1938 and 1944. It was made from Kodak Tenite plastic, was very lightweight and was very prone to warping. It is difficult to find one that doesn't show warpage to some degree or another. There were several variants, including different speckled finishes, earlier model A's had larger lenses, later Model A's had thicker ribs to try to reduce the warping problem.

Model A's cost $1.50 when new. This viewer opened up like a clam-shell and the reel was placed on a spigot. The viewer was then clipped back together to view. Frame advancement was performed by a lever that was returned to it's original position by a piece of stiff bent wire, acting as a spring. These springs can snap and so should be handled carefully.

Earliest example of a Model A

The earliest Model A (shown below) was very rare compared to the models shown further down this page and can be easily identified as it had some significant differences to later models. The most significant differences was that it has only one raised ring around its circumference and a single rivet, located near it's edge. The ribs that criss-crossed the viewer were much lighter than later variants too. Looking inside the viewer the spring was secured by being melted into the plastic. On later viewers the end of the spring was secured by a rivet. The earliest Model A also said "PAT.APPLD.FOR", whereas later viewers gave the US patent number.

Model A with large lenses

The earliest Model A's were made with larger viewing lenses than the slightly later varieties. There are examples without patent information and they are amongst the most valuable View-Masters, due to their scarcity.  Notice an extra rivet on the right-hand picture of this large lens model (when compared to the next viewer further down the page). This secures a non-return spring that didn't appear in later models. 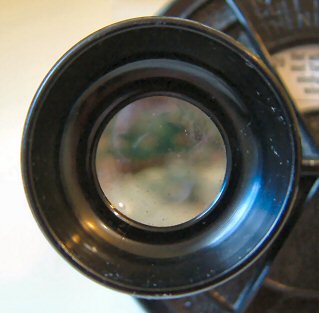 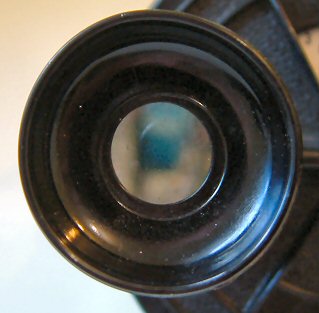 A Speckled Model A.

The speckles are actually asbestos!. They are quite safe because the asbestos is encapsulated in plastic, you have to wonder what happened to the workers that were involved in the manufacturing process though. There are two variants of the speckled variety of Model A, blue and white asbestos flakes (as the one shown below) and the rarer green and tan flaked version. 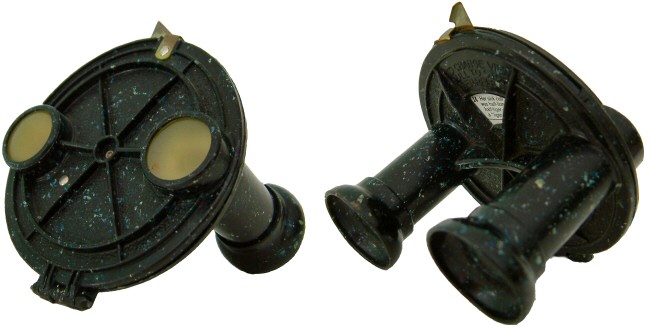 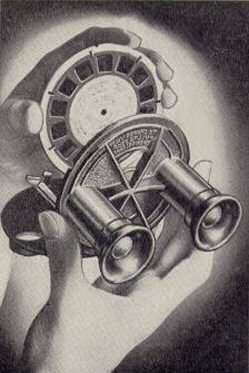 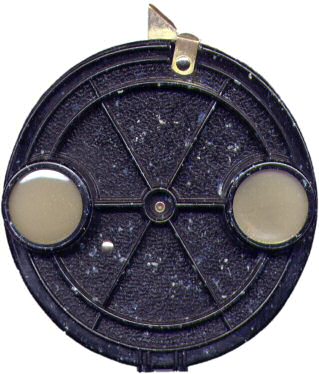 Inside a (speckled) Model A