The lightweight GAF Compact Folding viewer was supplied folded flat in the back of some medical reference books published by Mosby in the mid 1970's. The example show below was from a book that was published in 1974 and also came with 16 medical reels.

The design of the viewer tends to suggest that it probably wasn't intended to be folded and unfolded many times, but rather that it be bent into position, clipped together and then left assembled. The viewer doesn't have hinges, but rather relies on the plastic being bent to form the required shape. Over flexing of the plastic could ultimately lead to the viewer snapping through fatigue of the plastic.

The viewer in it's folded position 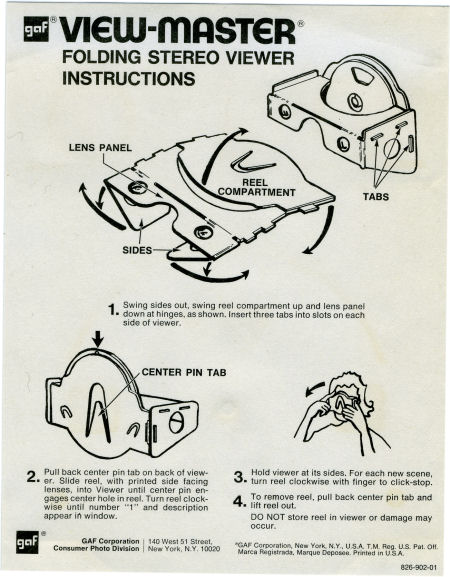 This website including all photographs and text contained herein are copyright of www.viewmaster.co.uk © 2020
No part of this site may be copied without express authorisation of the owner - All rights reserved